The Power of Teamwork

Yesterday, a couple members of Team Anchor Point had the opportunity to play in the Herff Jones golf outing which benefited their United Way campaign. To most, it was just a normal golf outing, for me, it was the first time I’ve played in 6 years. I was quite nervous. I knew I would have to rely heavily on my team, what I didn’t know what they might actually rely on me. 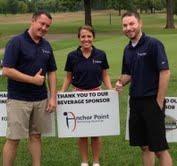 Initially, my game plan was simple, have fun, try to hit a couple decent shots and putt first to show the team the line. For those of you who don’t golf, we played in a scramble which means each player hits a ball then the whole team hits their 2nd shot from the “best ball”. When it comes to putting there is an advantage to seeing the line and reading the green. I thought the least I could do was show the guys how to miss the hole but little did I know I was going to actually make a number of long putts. This ultimately helped the team tremendously. In return, they encouraged me on my good shots and tried to make light of my bad ones, which was a lot. The highlight of my day was the encouragement and motivation my team provided when I stepped up to hit my drive for the “Ladies Longest Drive” contest. The encouragement I received led me to take home the Ladies Long Drive Prize. 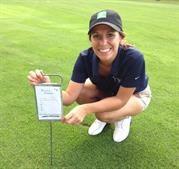 Our team ended up doing okay but I think if you asked any member of our team it wasn’t about the final score, it was about building each other up when we hit a bad shot and pushing each other to play better. 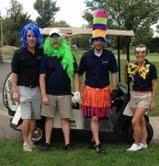